I wrote a little script to iterate over a git repository, and count for each commit: the Python source lines of code (with sloccount), and the PEP-8 warnings (with flake8). It is quite interesting to look at their evolution over time. 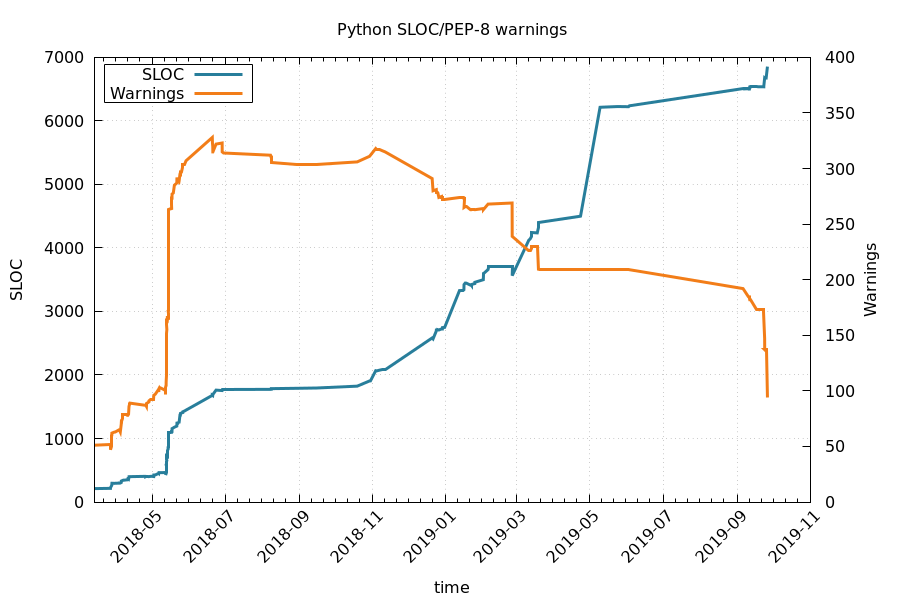 Such a plot is interesting, but is not barely enough to get clear indicators of a code base sanity. It only represents adherence to code style.

However, it is easy to add other metrics, as long as you can run them from the bash script. Here are a few ideas:

It alls fit within some sort of polyglot bash script, with an embedded plot script. You will need gnuplot, sloccount, and flake8, but you can easily replace these last two with your tools of choice.

There used to be a comments section here. The current best way to react to things I write is to ping me on Twitter.